Bitcoin: Is It Time To Take It Serious? 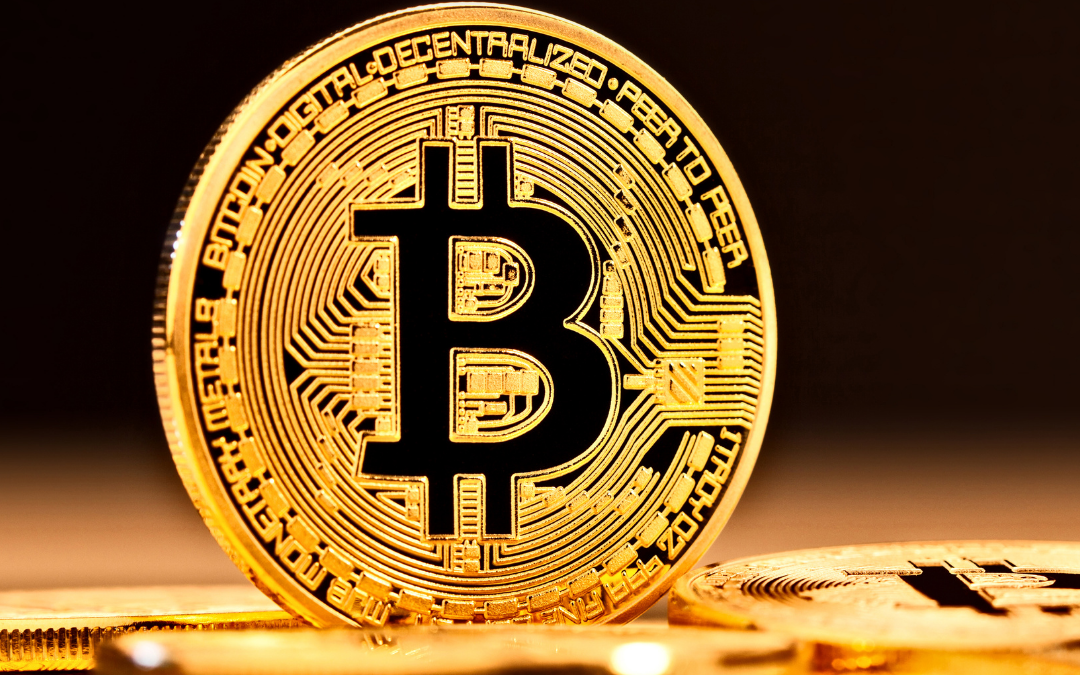 After seeing the mania that happened with bitcoin back in 2017 it was easy to chalk that up to a crazy fad that will soon go by the wayside. Maybe the people writing off bitcoin simply are not educated on it? I took the time to educate myself on bitcoin and how someone can start to add bitcoin or other cryptocurrencies to their portfolio.  Bitcoin shot up to almost $20,000 in 2017 only to take a 80% beating shortly following its all time high.  However, in a three year span bitcoin is back up to a new all time high. This begs the question is this time around different for bitcoin?  Bitcoin is very volatile and just this past week saw nearly a $3,000 decrease in value. However, bitcoin has delivered eye popping year to date returns.  No one knows if this rally is sustainable and if we will continue to see new all time highs, however, there are several factors that make this recent bitcoin rally seem different than the first time around.  Also, many people like bitcoin because of its low correlation to equities and potential to hedge against inflation.

Check out this chart from bitcoin back in 2017. 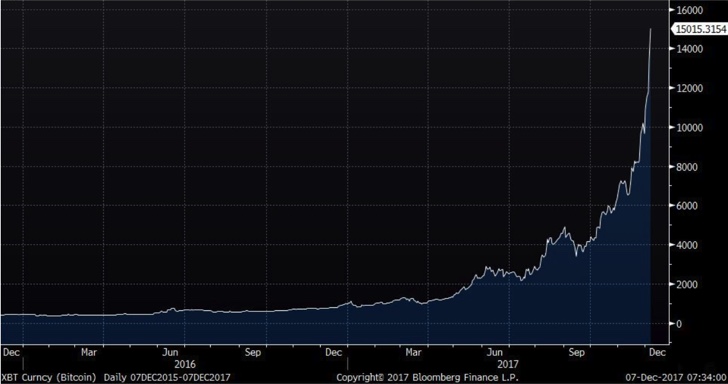 Bitcoin is a cryptocurrency that can be used in similar fashion to cash and can be used to move money back and forth or used by businesses that accept bitcoin as payment. Bitcoin makes it possible for two individuals to make a digital transaction without the need for a third party(bank).  This was started by people that had a distrust of government and banks.  Bitcoin is stored virtually through a system known as blockchain which accounts for each bitcoin that is currently in circulation.

How is bitcoin different now?

‘The new gold for the next generation’ is what many investors see as the potential for bitcoin. Younger generation is starting to accept it even more and are bought into the technology as opposed to owning a piece of metal(gold).  With a few taps on a smartphone bitcoin Easier can be moved around the world and is not something physical to carry around or store in a safe deposit box.

Paypal – Paypal launced support for bitcoin back in October of this year when it announced that Paypal account holders can store, buy and sell virtual currencies starting later this year.  One of Paypal’s largest competitors, Square, announced back in 2018 it will also support cryptocurrencies through its Cash app.  Paypal has more than 346 million accounts and all of which can now open a digital wallet.

Some of the brightest minds in Wall Street history have started to add bitcoin to their portfolios.

Examining the overall market caps and characteristics of all inflation trades, he said that bitcoin has “a very small coterie of people investing in it, it was portable, it was liquid, had a variety of characteristics that made it a great inflation hedge.” While Jones pointed out that “The one thing it [bitcoin] didn’t have is it didn’t have integrity and long-term staying power,” he emphasized that “every day that goes by, of course, it gains on that. It gains on credibility and integrity.”

Legendary hedge fund manager Stanley Druckenmiller changed his tone on bitcoin recently when he said that bitcoin is ‘better’ than gold and can be used as a great store of value.  He pointed to his prediction that inflation is likely to rise and bitcoin can be an even better more liquid option. Many see this as just the beginning of hedge funds purchasing bitcoin at an institutional level.

How can someone invest in bitcoin?

There are several ways to invest in bitcoin and the first thing you will need to decide is if you want to own the bitcoin itself or invest in a trust that owns bitcoin. Bitcoin can be purchased through several different exchanges such as: Coinbase, Gemini or Bitcoin.com.  Bitcoin must be held in a digital wallet and you can choose between a hot or a cold digital wallet.  Check with each one of these exchanges as they will have fees involved with the buying and selling of bitcoin. Also, Robinhood now offers bitcoin as well and you can trade bitcoin 24 hours a day on Robinhood. However, if you are simply looking to participate in the price appreciation(or depreciation) of bitcoin, an easy way to invest would be through GBTC. This is the Grayscale bitcoin trust that owns bitcoin. You can purchase into this fund a major brokerage firms and own this position within a brokerage account.