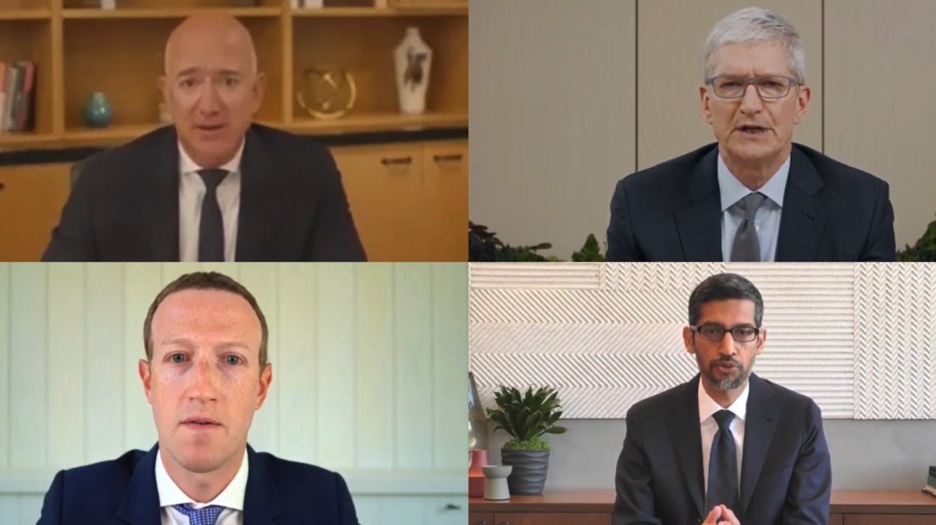 On Wednesday, 4 of the most powerful CEO’s in the tech industry spent five and a half hours testifying in front of Congress. CEO’s from Google, Apple, Facebook and Amazon were questioned by Congress.  The reason they were called before Congress is to address accusations that these four companies are stifling innovation and crushing their competitors before they even have a chance to compete.  The chairman of the anti trust panel, Rep. David N. Cicilline (D-R.I.) accused these companies of creating monopolies in their industries and drew comparison to John D. Rockefeller and Andrew Carnegie.  They called out the CEO’s for acquisitions they have made throughout the years to eliminate competitors. This may not be the end of these hearings for the tech companies as they may be called back to testify again on a future date.

With this backdrop the big tech companies reported earnings Thursday after the market close.  The earnings reports for Apple, Amazon and Facebook smashed estimates and each stock in premarket trading are up 5% or more.  The success of Amazon was strongly on display last quarter as the company grew both sales and profit. The 5 largest tech stocks now make up around 25% of the S&P 500.  This is why many analysts refer to the market as being heavily concentrated with big tech carrying the overall market.  Here is a chart of how these stocks have performed against that benchmark since last year. 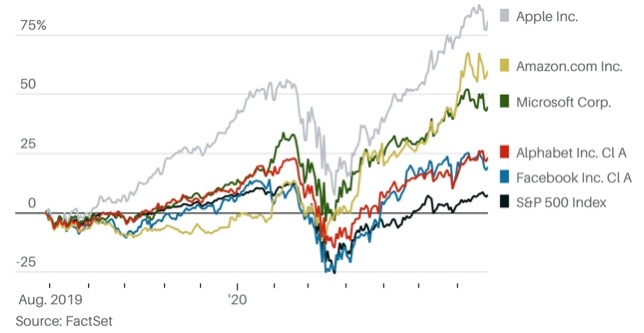 After the bell today, Amazon beat the top line expectations by $8 billion, and Apple reported its highest third quarter revenue ever, growing 11% y/o/y. The fundamentals are justifying their massive growth.

During the earnings call the board of directors at Apple approved a 4-1 stock split.  That means that for every share of Apple stock that an investor owns they will receive 3 more additional shares.  The stock price before the market open is trading above $400 that means that the new price of the stock will trade around $100.  Share holders can expect to see these changes in their account on August 31st.